Last Wednesday some of the UK’s leading insurers announced that they would not be paying a final dividend to shareholders for 2019. This comes after Britain’s banks announced they wouldn’t be paying their final dividends after pressure from the Prudential Regulation Authority. The PRA also made it clear that it expected insurers to manage their financial resources “prudently” during the current pandemic.

This decision will cost investors nearly £1.3bn. While insurers are sayinig they remain in a strong capital position, they are set to face financial pressures in the coming months as the pandemic takes hold.

Which insurers have cancelled dividends?

Five big insurers have cancelled dividends so far – Aviva, Direct Line, Hiscox and RSA made the announcement on Wednesday. The fifth insurer, Saga had already cancelled their dividend.

Aviva’s decision to cancel dividends is likely to draw the most attention because they still have around half a million retail shareholders. These shareholders would have been in line to receive a pre-tax payment of just over £92.

How has the insurance industry been hit by Coronavirus?

It is no secret that the insurance industry will face some serious challenges over the coming months. 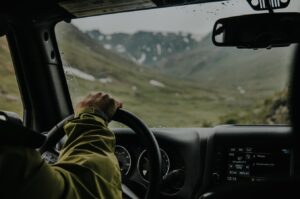 These impacts are not always negative, as car insurers are set to make £1bn from the pandemic. The drop in car journeys made has naturally seen a drop in insurance claims.

That said, other types of claims are rising, including travel claims as flights and holidays are cancelled. Some insurers have had to stop selling policies the likes of travel insurance for this reason.

Claims for sporting events and festivals are also increasing. One notable claim has been Wimbledon tennis tournament, who were one step ahead of everyone else and already had ‘pandemic insurance’ which means that they are expected to claim back almost half of their losses. It’s transpired that, after the SARS outbreak in 2003, Wimbledon had been paying around £1.5million a year in pandemic insurance, meaning that it is set to recover about £114 million.

Small businesses are also claiming on their insurance for business disruption. Initially there was some debate as to whether this was possible. This was because government hadn’t explicitly asked them to close, rather they advised it. The ABI also say that, regardless of government advice, many businesses do not have insurance that covers pandemics. All standard policies do not include losses related to pandemics.

The Chief Executive of Lloyds of London has said that the impact the pandemic will have on the insurance industry is currently too unpredictable to say.

Have any other industries cancelled dividends?

Before the insurance industry took this decision, the banking industry were already one step ahead.

Coordinated statements from Barclays, HSBC, Royal Bank of Scotland, Standard Chartered and Lloyds confirmed at the end of March that they would temporarily halt shareholder payouts and buybacks for 2019 and throughout 2020. This move will give banks an additional £8bn in total to fall back on. 62% of the RBS is still owned by the taxpayer, so this cancellation will hit the government. The government was set to receive around £600m of dividends.