Insurance industry facing biggest ever losses due to Coronavirus

The Association of British Insurers have estimated that the coronavirus could cost the UK insurance industry £1.2bn. Around £900m of this will go to a small number of firms that have infectious disease insurance.

However, the Global Federation of Insurance Associations have warned that forcing insurance companies to cover financial losses could threaten the stability of the global insurance industry.

How much are insurance companies expected to pay out?

Initial estimates put the cost at around £1.2bn. As mentioned, some £900m will go to a small number of firms with infectious disease insurance. Most of the figure is made up of business interruption insurance. However, only companies who have taken out specialist policies will receive a payout.

This estimate also includes claims on travel insurance and cancelled events – totalling £275m and £25m respectively. However, this estimate does not include claims made through Lloyd’s of London.

How much are Lloyd’s of London expected to pay in claims? 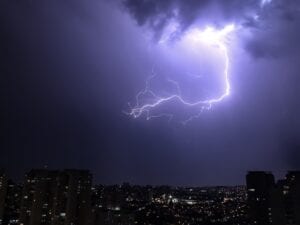 The amount Lloyd’s of London are expected to pay is currently unknown. However, Lloyd’s boss John Neal told the Financial Times that he expects this to be into the “tens of billions, if not hundreds of billions of loss”. This would be higher than the $50bn after Hurricane Katrina.

Insurers are expected to refund premiums, as well as pay outs to claimants. This is due to economic slowdown and disruption to business operations.

It is important to note that a lot of insurance policies will not be covered by this pandemic. In fact, some insurers could soon be facing legal action over their refusal to pay out.

An example of claims going to court, and a potential sign of things to come, is the Night Time Industries Association’s legal action against insurer Hiscox.

The organisation is organising a class action lawsuit after the insurer denied liability under its business interruption policy. Hiscox have said that their “core small commercial package policies” do not cover pandemic response. The 200-strong group are looking for a litigation funder to finance legal action. The group also say that they could demand additional damages on top of the insurance payouts.

The pub and dining firm lobby group UKHospitality claim that 71% of its members have had claims rejected, with only 1% having success. There have also been reports that insurers have changed their policy terms to rule out claims arising from the pandemic.

Meanwhile, in the US…

Several states in America are pushing for legislation that would require insurers to retroactively cover business interruption due to the pandemic.

The legislation would eliminate the key defence insurers are using to avoid paying out for claims related to Coronavirus. The legislation being pushed in South Carolina goes even further, prohibiting insurers to use a lack of virus coverage as a defence even in cases where there is no virus coverage.

What has the GFIA said?

The Global Federation of Insurance Associations have said that retroactively changing the terms of policies would undermine the ability to pay other types of claims.

The GFIA represents insurers accounting for around 89% of premiums worldwide.  They have said that doing so could impact the financial stability of the insurance industry across the world.

The impact of Coronavirus on the insurance industry is still being determined. However, one of the main priorities for the insurance industry now is preparing for potential disputes as well as how to deal with potentially a second wave of coronavirus claims. According to reports, Lloyd’s has set aside £15m to fund research into how pandemics and other big events can be better dealt with in the future.