As Lloyd’s of London reopened its doors for the first time in nearly six months, employees were met not just with additional safety measures, but protestors.

Campaign group Insure Our Future launched their campaign against Lloyd’s of London and their involvement in the fossil fuel industry.

Who are Insure Our Future?

Insure Our Future were previously known as Unfriend Coal. They are a ‘global coalition of NGOs and social movements’ putting pressure on insurance companies to halt involvement in the fossil fuel industry.

Some of their partners include Greenpeace, DivestInvest, Market Forces and the Rainforest Action Network, among many others. 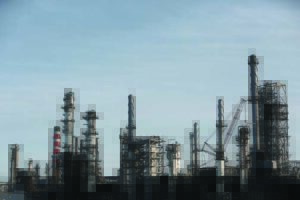 What are they asking insurers to do?

Essentially, Insure Our Future are asking insurers to do the following;

Why are insurance companies being targeted?

Why are insurance companies being targeted by protesters? After all, they aren’t fossil fuel companies, so why target them?

Insurance companies may not be oil and gas companies, but they do insure them. Insurers play an essential part in deciding which projects go ahead and which do not. If they don’t insure a project, then it can’t go ahead, it’s as simple as that.

Insure Our Future argue that without their insurance, almost no new coalmines or oil pipelines can be built.

Essentially, insurance companies can play a huge role in the transition to clean energy, all through their policies.

Why are Insure Our Future targeting Lloyd’s of London? 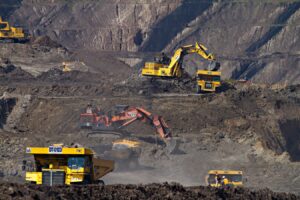 Aside from the fact that Lloyd’s of London is one of the biggest and oldest insurance market places in the world, Insure Our Future claim that Lloyd’s are not doing enough to take action on climate change.

In fact, they claim that it has one of the worst climate records among global insurers, and are seen as the “insurer of last resort” for fossil fuel projects.

Since 2017, 19 global insurers have restricted insurance and investments in coal and tar sands. More than 70 financial institutions, including 18 insurers have withdrawn from or refused involvement in the Adani Carmichael Coal mine, the Trans Mountain tar sands pipeline in Canada and reinsurance for Polish coal mines.

Lloyd’s of London, on the other hand, have stepped in to cover the projects mentioned above. Now, Insure Our Future, has written to Lloyd’s requesting they do not renew their insurance for the Trans Mountain pipeline after their existing policy expired on August 31st.

It should be noted that Lloyd’s of London committed to divest and screen out investments in companies heavily associated with coal. However, the campaigners say that this only covers £2bn of the assets held by Lloyd’s and does not go far enough.

‘Lloyd’s needs to act on the science, follow other leading insurers and stop providing the insurance cover that supports and enables climate destroying coal and tar sands projects’

How have Lloyd’s of London responded?

A spokesperson for Lloyd’s told City AM;

‘At Lloyd’s, we take climate change extremely seriously and recognise the important role insurance is playing in supporting, accelerating and de-risking the transition to a low carbon economy’

What other industries are being targeted?

The insurance industry is not the only professional services industry that is being targeted by climate protesters.

A few weeks ago, Extinction Rebellion protesters rallied outside the offices of two Somerset councils over their pension investments.

The Taunton branch of the group said that the protest was due to the council’s continued investment in fossil fuels. Last year, the group protested the Pensions and Lifetime Savings Association’s conference to protest the £14bn of fossil fuel investments from Local Government Pension Scheme funds.